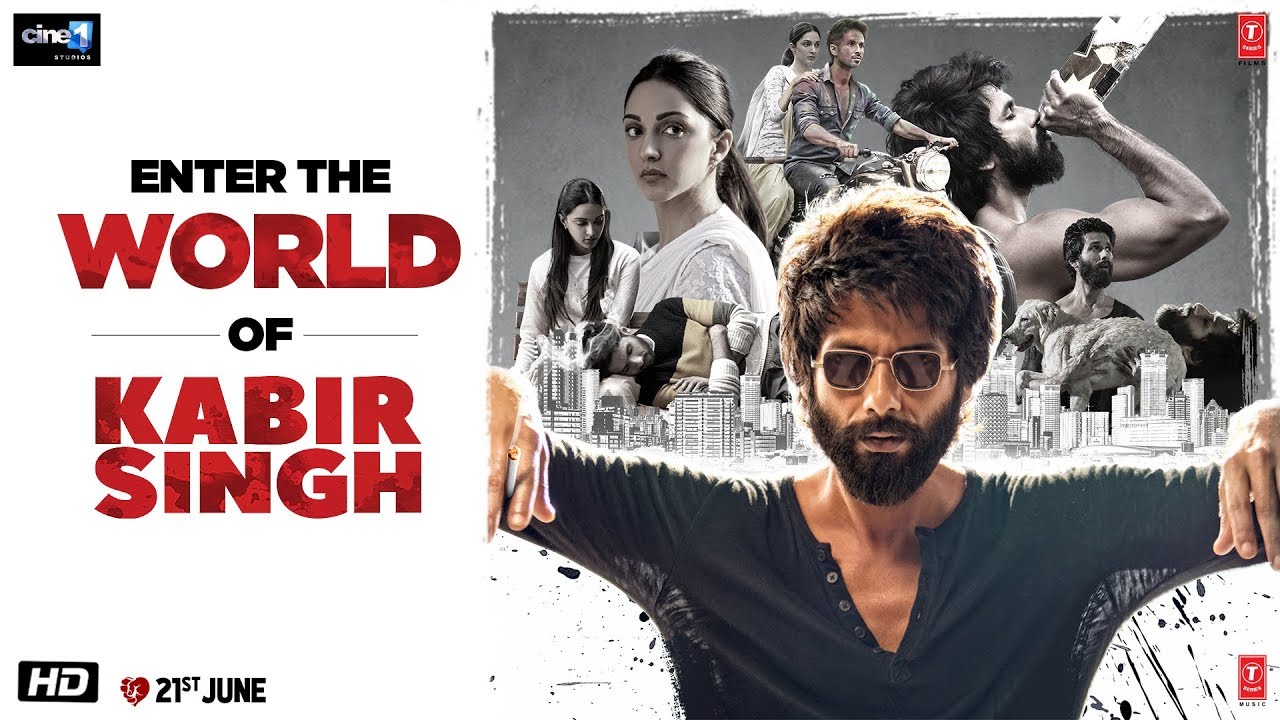 Kabir Singh Pre-release Review. Kabir Singh has drawn the attention of the majority of the youth since its trailer release few weeks back. Soon after the trailer, the songs were also released and those also got lots of love from the viewers. Specially the “Bekhayali” song which is sang by Arijit Singh. Apart from Bekhayali there are others songs which also got equal status are Kaise Hua, Tujhe Kitna Chahne Lage, Tera Ban Jaunga & Mere Sohneya. Apart from songs, there have been some good dialogue promos too which are being equally loved by the audience.

Kabir Singh is a movie about the story of a young doctor who falls in to the self destruction path after being a failure in love. He starts taking drugs, alcohol and starts smoking. Also, behaves in rude manner with the patients. Shahid Kapoor in the role of Dr. Kabir Rajdheer Singh justified the role very well. His attitude towards the character is fully convinceable. At the same time the co-star Kiara Advani also did her part very well.

Because these days, the pirate copy of the movie is leaked on the same day or even sometimes before the actual release of the movie. That is going to affect the business. Because, if the pirate copy will be available for download, public will go for this on first choice, reason, Shahid Kapoor is not such a big face and so Kiara Advani, the movie is a remake, hardly there are any action scenes. So, this is going to be a challenge for the team to work on this area.

Lets wait and watch what happens. If you have anything to share about Kabir SIngh, do comment below.