Base – It is made of cast iron and supports all the other parts of the machine tool. A vertical column is mounted upon the base. In some machines, the base serves as a reservoir for cutting fluid.

Column – It is mounted upon the base and is box shaped. It houses the mechanism for providing drive for the spindle. The front vertical face of the column is machined accurately to form dovetail guideways for the knee to move up and down. The top of the column holds an overhanging arm.

Knee – It slides up and down on the guideways of the column. An elevating screw mounted on the base obtains this movement. Saddle is mounted upon the knee and moves in a cross direction. 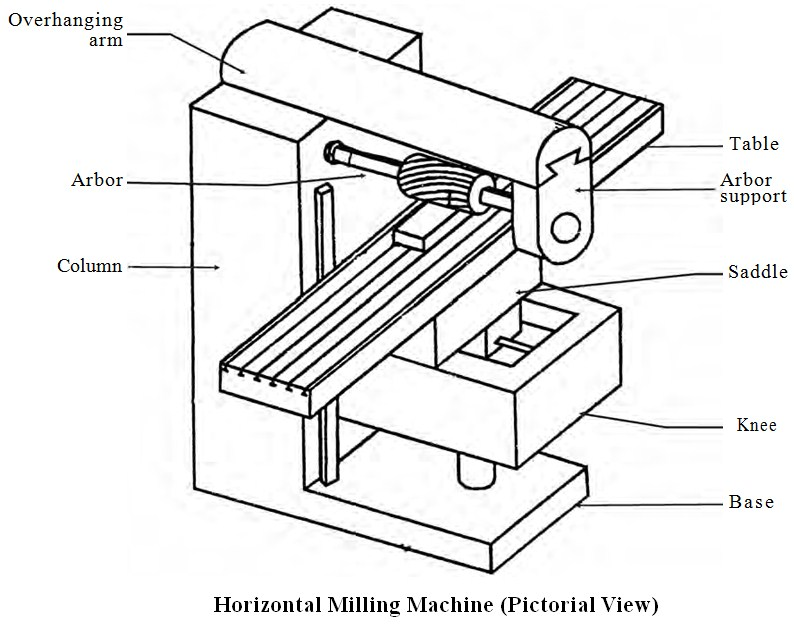 Saddle – It is mounted on the guideways of the knee and moves towards or away from the face of the column. This movement can be obtained either by power or by hand. The top of the saddle has guideways for the table movement.

Table – The table is moved longitudinally either by power or manually on the guideways of the saddle. The trip dogs placed on it control the movement of the table. The table of a universal milling machine can be swiveled horizontally to perform helical works. The top surface of the table has got ‘T’ – slots on which the workpieces or other work holding devices are mounted.

Spindle – It is located in the upper part of the column. It receives power from the motor through belt, gears and clutches. The front end of the spindle has got a taper hole into which the cutters are held with different cutter holding devices. 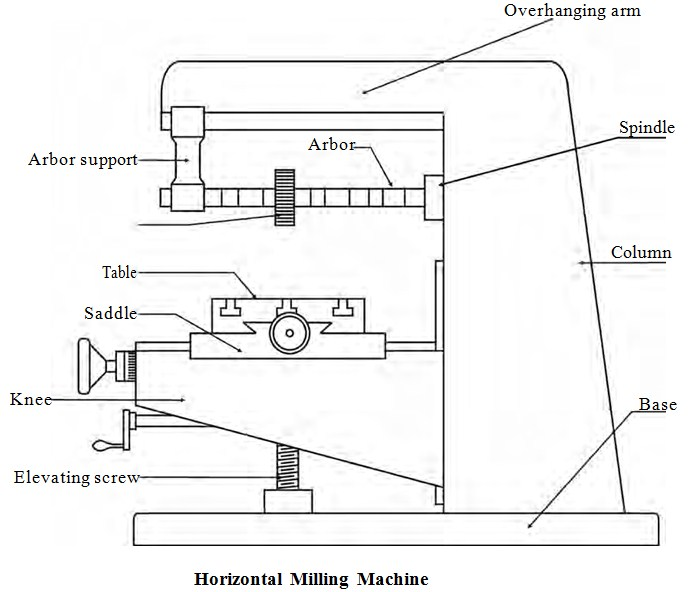 Overhanging arm – It supports the arbor from the top of the column. The arbor is supported by the bearing fitted within the arbor support. It is also useful while using some special attachments.

Front brace – It is an extra support fitted between the knee and the overhanging arm. It is slotted to allow the knee to be adjusted vertically.

Arbor – It supports the different types of cutters used in the machine. It is drawn into the taper hole of the spindle by a drawbolt. One or more cutters are mounted on the arbor by placing spacing collars between them. The arbor is supported by an arbor support. The arbor is provided with a Morse taper or self-releasing taper. 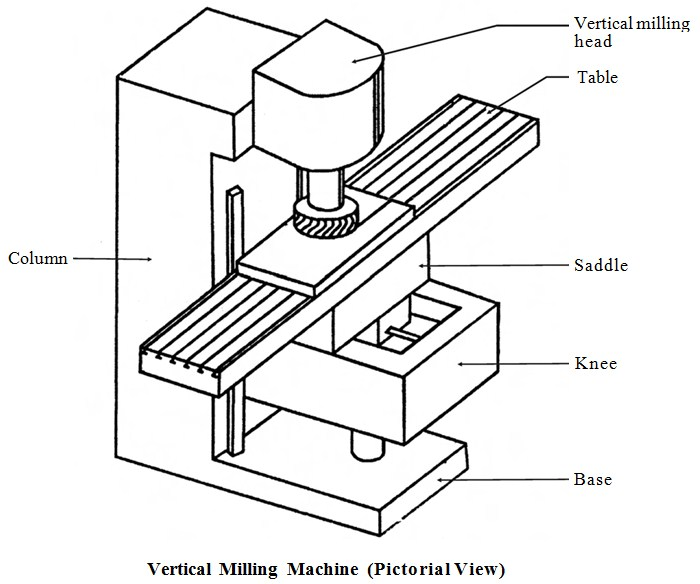