General purpose tools like chisel, hammer, file, punch, lathe tools etc. are manufactured by forging. These tools are normalized immediately after forging to restore their original structure and to relieve stresses and strains set up while forging. Hardening is carried out to induce hardness at the working end and simultaneously tempering is carried out to make the body tough to absorb shock while working. Hence heat treatment has got unique importance in the field of production industry as it helps to induce desired qualities which enable the tools to serve their purposes. Heat treatment of different tools is described below.

A cold chisel is generally forged out of tool steel or H.C.S. It is to be normalized after forging and the cutting edge is to be ground to the correct angle. Hardening and tempering is done by single heating method.

In this method the chisel is heated upto 2” from the cutting edge in clean fire to a temperature of 760C (cherry red).Then the tool is removed from the source of heat. Scales are quickly removed by means of a wire brush. Half of the heated portion is quenched in clear water, holding the chisel vertically and moving it up and down to prevent water line cracks. The tool is then removed from water, cleaned and the cutting edge is polished quickly by using emery paper or a smooth file or by rubbing on the floor. Now wait for the tempering colour (dark purple 290C) to appear at the cutting edge. When it appears, the whole tool is quenched in water.

The degree of hardness obtained, is tested by cutting a piece of mild steel by the heat treated chisel. Screw drivers, punches, drifts, scribers and all other tools whose cutting edges are to be hard and the remaining portion to be tough are hardened and tempered in the same way.

Hammer-heads can be hardened and tempered by the double heating method as well. In this method, the hammer-head is heated uniformly to 760C and quenched in clear water. After cooling down, it is polished. A mild steel rod of suitable size is heated to a very high temperature (bright red), and inserted into the eye of the hammer-head. The heat from the rod passes to the hammer-head. When a yellow brown colour (260C) appears on the smaller end, it is dipped in water and kept there for the same colour to appear on the bigger end. When it does, dip the whole head in water.

Files, after manufacture, should be fully annealed. A paste of salt and a carbonaceous substance (charcoal) is prepared and applied   to the file. The file is heated evenly to a cherry red colour (760C) in a clean fire and quenched  in brine solution or lukewarm water. The shank alone is tempered by heating it to a blue colour (310C) and quenched in water.

The hardening and tempering of coil spring is done by the flash method. In this method, the spring is inserted in an iron tube, heated evenly to 760C and quenched in hardening oil. The spring is reheated in a mild flame until the oil flashes (approximately 300C) and then immediately quenched in water. For thick springs, this hardening operation must be carried out three or four times. 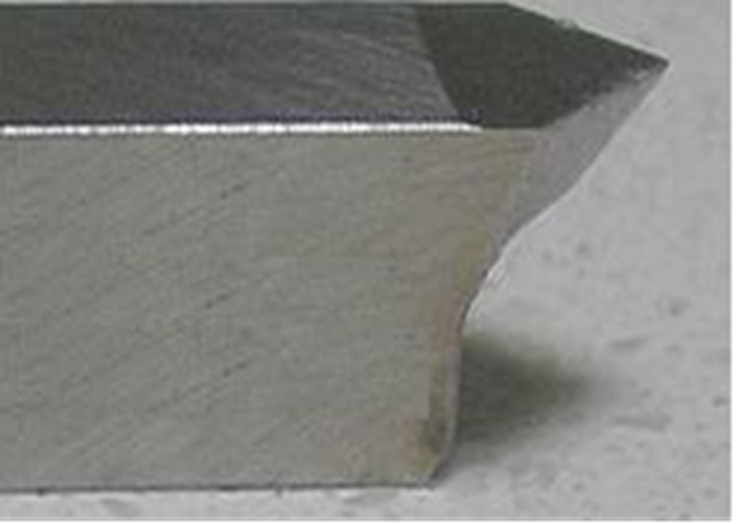 These tools are to be normalized after forging. Hardening is carried out to these tools by heating the cutting edge to a bright red colour (1100C) and bringing the extreme tip to white heat. Then the tool is quenched in hardening oil. Sometimes, compressed air is also used for cooling.  Generally tempering is not carried out. If tempering is desired on boring and parting-off tools, it is done at 240C (Straw yellow). 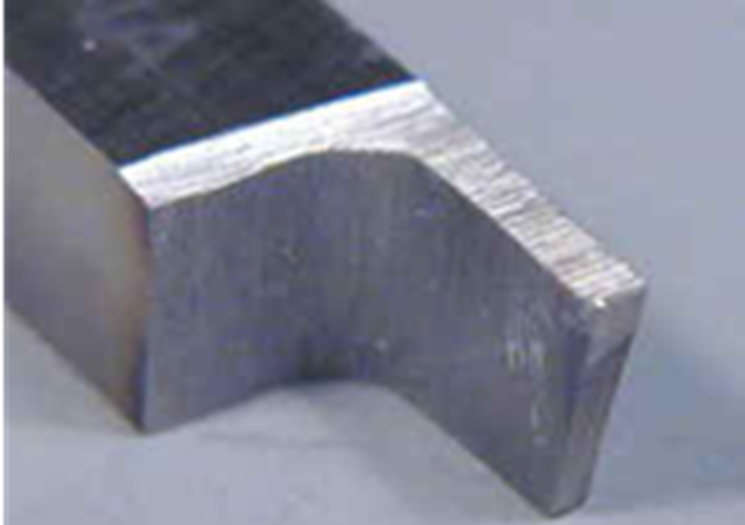 Hardening and tempering is carried out on taps. Taps are placed in steel tubes after the flutes have been coated with grease. They are heated to 760C, removed from the tubes, and quenched in thin oil or warm water. Then the tap is dried, cleaned and polished with emery cloth.

By constant lifting, a tackle chain which is in regular use may decay. It should be inspected thoroughly and annealed every month. When the component parts are found to be worn or defective, the chain is to be returned to the appropriate depot/stores for reconditioning.

Tackle chain and sling chains are annealed by placing them in a steel box. The box is sealed to prevent injurious gases coming into contact with the chains. The box is heated evenly to a temperature of 650C for one hour in a muffle furnace and allowed to cool slowly. If a muffle furnace is not available, a steel-annealing container should be manufactured locally for use. The temperature is checked with the help of a pyrometer.

The chain is allowed to cool down slowly in dry lime or hot ashes. After annealing, each link is to be carefully examined particularly in the vicinity of the weld. If cracks, distortion or other defects are detected, the affected parts are to be marked and the whole chain is returned to store. Wear is permissible only up to 10% of the diameter. Shackles and hooks are also to be inspected but they are not to be annealed.

Automobile springs, which are under constantly varying loads, tend to become fatigued and loose their shape or camber. To bring them back to their original shape, the leaves are dismantled, heated separately, hardened and tempered.

When vehicle springs require resetting, the camber is measured with a caliper in order to bring the desired alterations, comparing the original shape. The spring is held in a vice and dismantled by removing the centre bolt and clamps.  Each leaf is marked for identification. If the camber is to be altered slightly, the main leaf need not to be altered as the remaining leaves will alter the camber automatically.  The second leaf is heated all over to a dull red colour (400 C) and allowed to cool to a black colour. Then the camber is increased by means of fuller over a round swage till the gap between the main leaf and the second leaf is twice the thickness. This allows contractions on cooling.   The third leaf is heated to a medium red all over. Using the second leaf as template, this leaf is shaped with a pair of tongs. The leaf is allowed to cool to a black heat, and the camber is increased as before, by decreasing the gap. This process is repeated with the remaining leaves by, decreasing each successive gap. Once all the leaves of the spring have been reset, then   hardening and tempering is followed. Each leaf is heated separately for hardening to a temperature Of 830C. (Hard wool will give off sparks while rubbing), and quenched in water or oil. Tempering is done by the salt bath or oil bath methods at a temperature range of 430-500C and quenched in water. 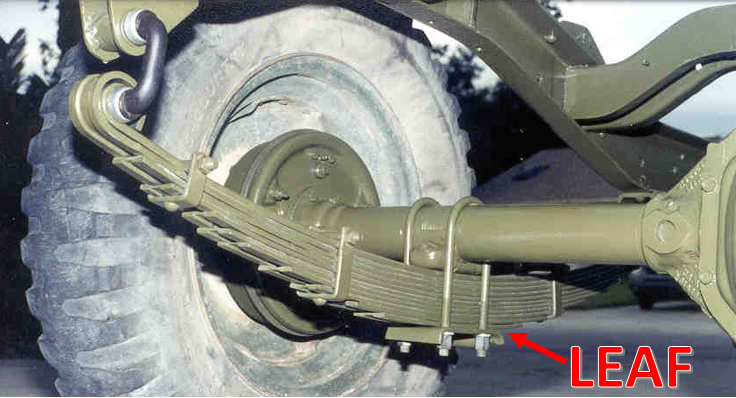