(a) The turning moment on the crankshaft is more in two-stroke engine due to one working stroke for each revolution of the crankshaft, and so a lighter flywheel is required in it.

(b) It is much cheaper to produce owing to the greater mechanical simplicity.

(c) It has high mechanical efficiency due to the absence of camshaft, cams and rockers etc. of the valves.

(e) It requires fewer spare parts due to its simple design.

(a) More number of power strokes results in higher temperature of the engine and consequently lower thermal efficiency.

(b) The fuel consumption is high because the fresh charge is likely to be wasted by escaping through the exhaust port.

(c) The charge is diluted by the burnt gases due to incomplete scavenging.

(e) There is a greater wear and tear of moving parts.

(g) Difficult to get full charging and scavenging of cylinder due to short periods of port opening.

(i) Two stroke engines have limited maximum speed and give irregular firing at light loads. 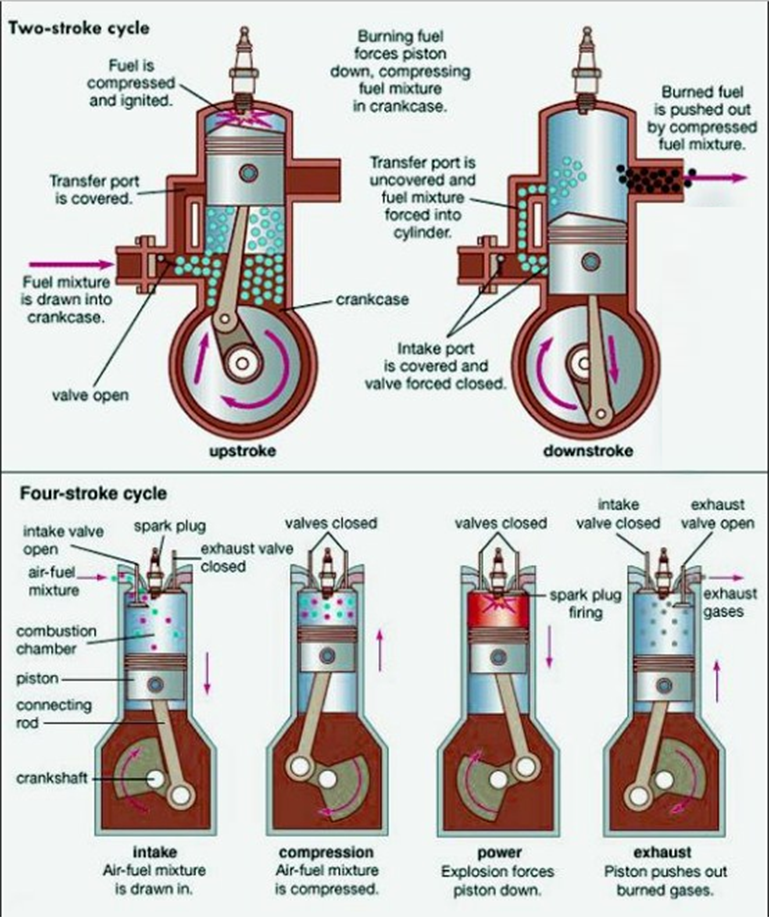